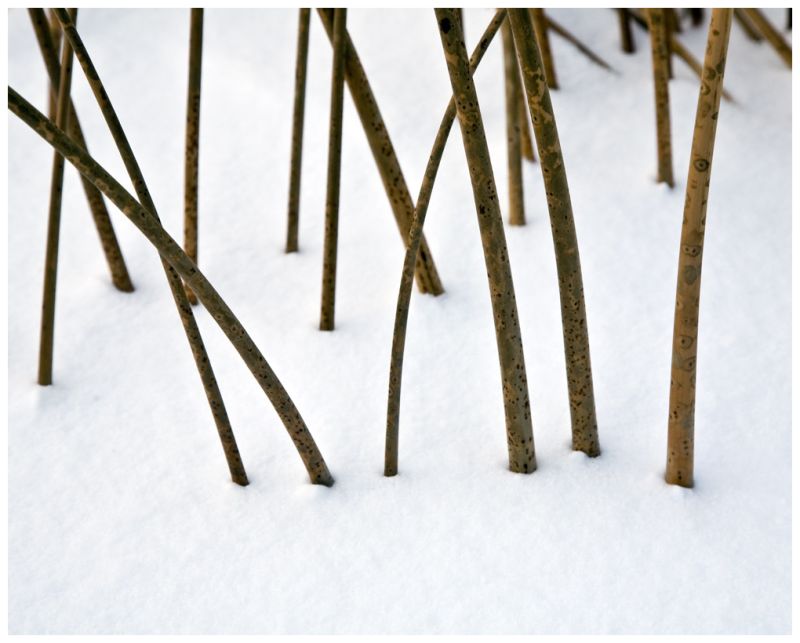 Posted by Michael Rawluk (Williams Lake, BC, Canada) on 5 January 2009 in Plant & Nature and Portfolio.

Have you ever wondered how music began? Who made the first music?

Were a few guys and gals sitting around the fire and the skinny guy on the left, the one kind of in the shadows, banged two sticks together. Sticks that were supposed to be thrown onto the fire.

"Cool, man." the the guy with the droopy eyelids said. "Do that again."

And he did. The the guy with the droopy eyelids slapped a mosquito and they others looked at him in amazement.

"Hey, that is groovy." the woman with that sparkly eye whispered clacking two rocks together.

That is when the neighbour called the police and tried to get it all shut down.

First of all, the photo is simple and beautiful. Second the story is hilarious. Thank you for this fun tonight.

Love this shot with these very simple and wonderful lines.

Love the write-up, but love the title even more. Well spotted and wonderfully photographed.

Thanks, I did know the first rock band started that way. LOL Again, you've taken a simple scene and made it powerful for the viewer.

As a musician, I have had many similar conversations. Life is life everywhere. It's all the same only spelled different.

LOL aren't you brilliant, loved your mmm pre-historic fantasy, it's wonderful...you should write more, love the photo as well, it's beautiful :)

EYES WIDE SHUT from The library of my soul, United Kingdom

Whatever you are taking Michael, could you send me some! Ha ha

I can hear the music of oboes etc. ;-)
Very nice subtle composition, almost graphic and abstract. I like it.

A great shot! The strands of grass look looks like hairs!

I really love strong lines in this minimalist image.

amy from Nanaimo, BC, Canada

LMAO!! You are the man with the story... Beautifully simple image, Michael! Beautiful.

The origins of ROCK and Roll, couldn't hold it back. :D

Very cool! And your post made me laugh. Thank you Michael.