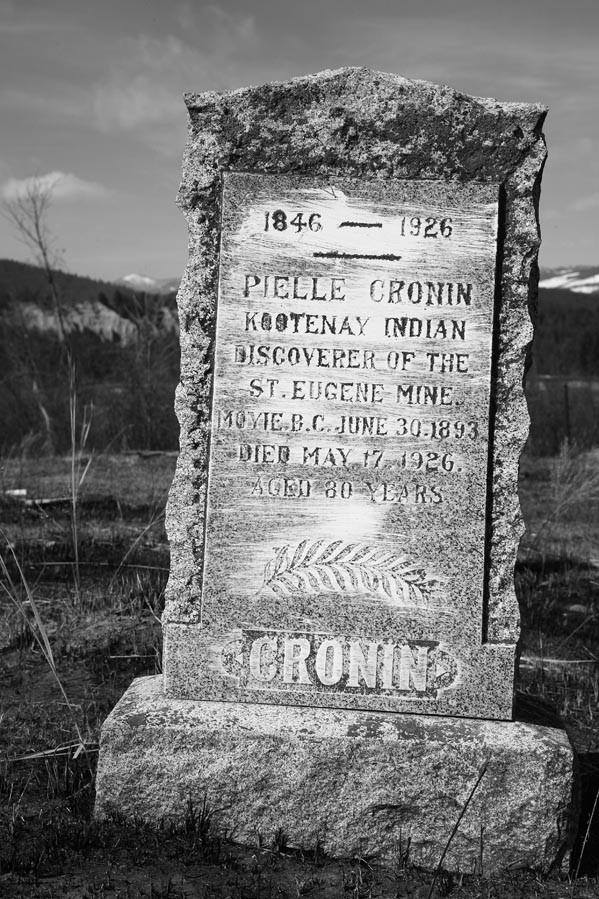 Posted by Michael Rawluk (Williams Lake, BC, Canada) on 28 April 2008 in People & Portrait and Portfolio.

A Moment in Photographic History:
One of the true pioneers of modern photography, Erich Salomon was born April 28, 1886. This German photographer became interested in photography when Oskar Barnack developed the 35mm miniature camera. Using 35mm, he began to take pictures in situations where cameras were not allowed. He concealed his camera in an attache case. During the second World War he was arrested and sent to the concentration camp at Auschwitz, where he died.
-
A Photographic Quote of Note:
The ear tends to be lazy, craves the familiar and is shocked by the unexpected; the eye, on the other hand, tends to be impatient, craves the novel and is bored by repetition.
- - - - - - Wystan Hugh Auden

It is so intriguing reading old headstones. Appears he had a long life (and owning a mine probably didn't hurt either!)

paulski from Muncie, IN, United States

Wow you've chosen the perfect classic b&w for your history bit, gosh I felt so much seeing and reading that ...I wouldn't have wanted to survive the holocaust except for the need to write and photograph all the horrors that had been perpetuated, the world had to know. Not that the world believed alas (at least not when it was the most needed) can you imagine surviving such horror and having to adjust to 'normal' again and nobobdy wanting to hear your story...maybe they couldn't face the guilt of not having done enough...

To me, there is nothing more poignant than a picture of a gravestone. Whenever I see one, I can't help but think about the person buried beneath. What kind of life did they lead and mark they left on the world?

This image is so beautiful. Great work as always.

80 is a good old age, especially for those born in the mid 19th century.

Makes me wonder what the average life expectancy will be for those born in 2008.

I've been meaning to say how much I enjoy your photographic moments in history and quotes...they are really excellent!

Beautiful and sad... I love the black and white in this shot.

Oh, you're barking right up my tree now, Mike! I love this shot, and I love the black and white.